HOW ALCOHOL AFFECTS THE BODY(Brain,liver and Heart) 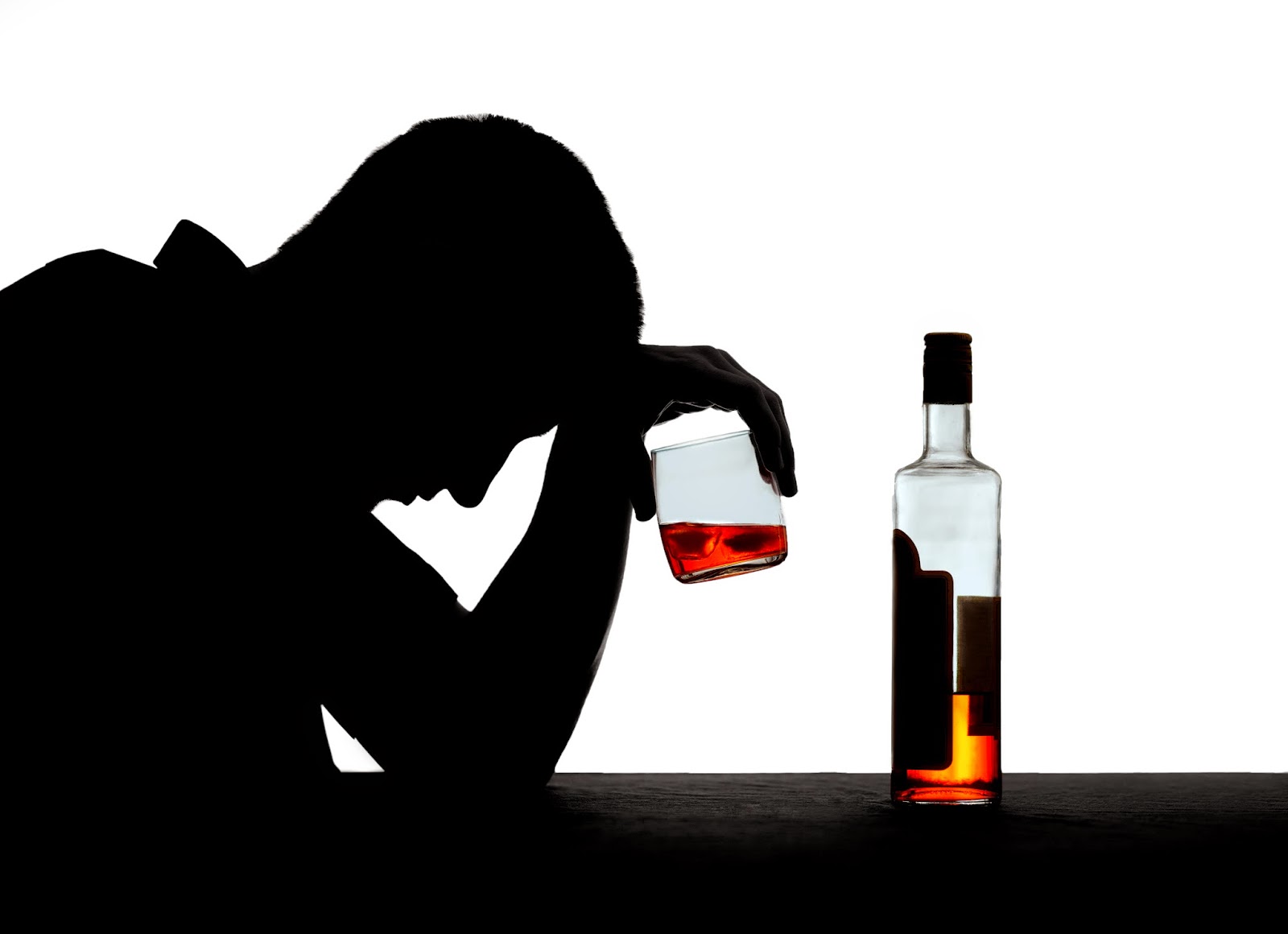 How Alcohol Affects the Body

Drinking alcohol affects the body in many ways. These effects can lead to physical and mental changes that can put alcohol users and others at risk of injury or death. Possible dangers include falls, household accidents, and car crashes.

How Alcohol Moves Through the Body

When a person drinks beer, wine, or another alcoholic drink, the alcohol is quickly absorbed in the blood and then carried throughout the body. A drink of alcohol stays in the body for about 2 hours after being consumed. This period of time can vary depending on the person's weight, gender, and other factors. When a person drinks, the concentration of alcohol in the blood builds to a peak, then goes down. At first, alcohol often makes people feel relaxed and happy. Later, it can make them feel sleepy or confused.
The small intestine and the stomach absorb most of the alcohol after drinking. A small amount leaves the body through breath and urine. Eating food, especially fatty food, slows the absorption of alcohol. If people drink more alcohol than their bodies can absorb, they become drunk.

How Alcohol Affects the Liver, Brain, and Heart 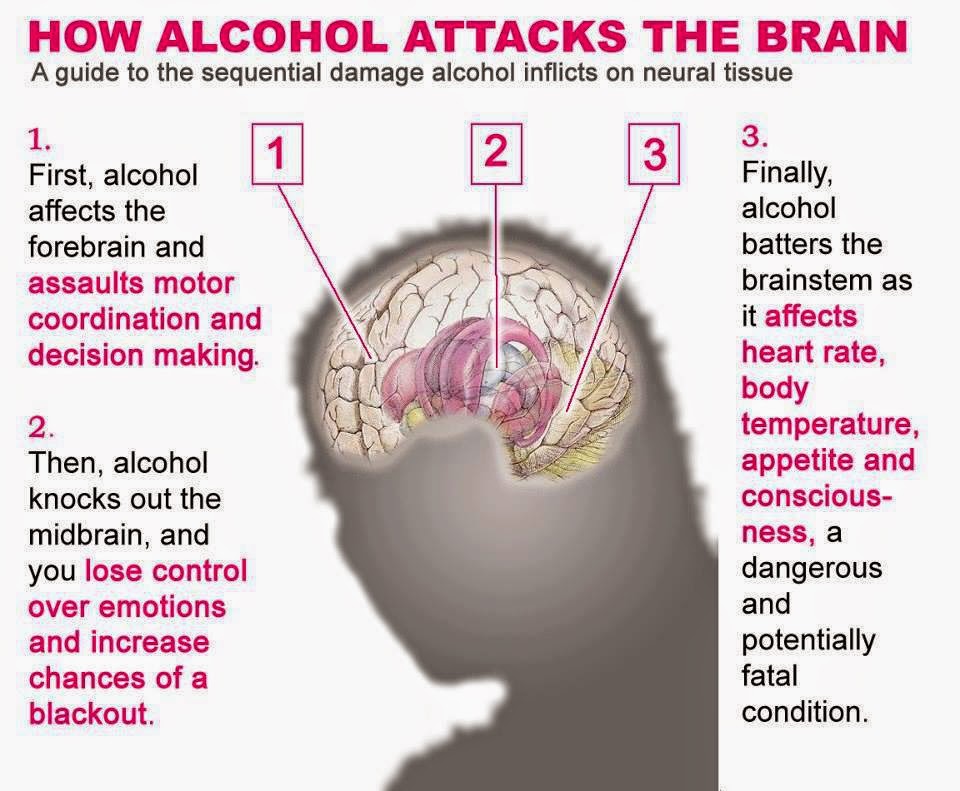 Drinking too much alcohol affects many parts of the body. It can be especially harmful to the liver, the organ that metabolizes (breaks down) alcohol and other harmful substances. People who drink heavily for a long time can develop diseases such as liver inflammation (alcoholic hepatitis) or severe liver scarring (cirrhosis). Alcohol-related liver disease can cause death. 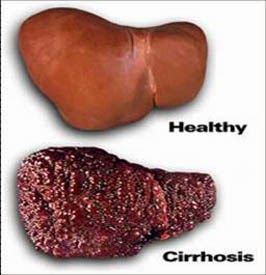 Alcohol not broken down by the liver goes to the rest of the body, including the brain. Alcohol can affect parts of the brain that control movement, speech, judgment, and memory. These effects lead to the familiar signs of drunkenness: difficulty walking, slurred speech, memory lapses, and impulsive behavior. Long-term heavy drinking can shrink the frontal lobes of the brain, which impairs thinking skills.
Drinking alcohol can affect the heart in good and bad ways. On one hand, studies have shown that moderate drinking -- up to two drinks a day for men and one drink for women -- can lower the chances of developing heart disease. On the other hand, heavy drinking -- either all at once or over time -- can damage the heart. Long-term alcohol use can also result in high blood pressure, which increases a person's risk of heart disease. However, blood pressure can go back to normal within a few months after drinking stops if there is not a lot of damage to the heart.

Alcohol affects men and women differently. In general, older men are more likely to drink alcohol compared with older women. But women of all ages are often more sensitive than men to the effects of alcohol. Women's bodies tend to break alcohol down more slowly. Also, women have less water in their bodies than men, so alcohol becomes more concentrated. As a result, women may become more impaired than men after drinking the same amount. That is why the recommended drinking limit for women is lower than for men.
Drinking for a long time is more likely to damage a woman's health than a man's health. Research suggests that as little as one drink per day can slightly raise the risk of breast cancers in some women, especially those who have been through menopause or have a family history of cancer. But it is not possible to predict how alcohol will affect the risk for cancer in any one woman.